From BlackHelix
Jump to navigationJump to search

Welcome to the Black Helix community wiki! This site is a reference intended to track all the information about the Black Helix ARG unleashed to the world on 25th February, 2011. Support us! Please use this wiki to upload anything you find relating the ARG e.g. pictures, videos, content, images. Help us document the whole story to help us create the world's first crowdsourced ARG novel, with the players as the main roles.

A list of all wiki pages is available at Special:AllPages

The Zero Tolerance web site www.toleratenothing.org ha been hijacked by Armucom. ZT has sent out an email with a link to a back door access point, if you pass the challenge you will earn another achievement.

Zero Tolerance created a series of QR codes that lead to a geocached Kindle with a number of files. The location of the geocache was in Belfast. "The handover is coming close, scan the QR Code below to find your first location, be there this Sat, 19th March @ 2.00pm GMT. I have created QR codes you will need to scan to work your way to my final location, where I will be waiting between 2-4pm."

Zero Tolerance posts a message about the recorded shoot out at Bell Docks, having captured one of the people from the recorded meeting. ZT announces there will be an interrogation and people should email questions they want to have ZT asked the injured captured person

The Zero Tolerance site posts a message "I have hacked the camera feed! I'm making a recording, if something goes down here tonight at 7.45pm, we will all know the truth. I will update Tolerate Nothing when the video recording is ready! toleratenothing.org"

People who contact Armucom receive emails back, some with an attached application form to join Armucom

New files including wiretaps are added to the Zero Tolerance site. One of the files mentions a meeting tomorrow at 7:45 GMT at Bells Dock.

Email received by those registered through the main Black Helix site leading to Zero Tolerance - http://www.toleratenothing.org/ - a site purported to be gathering evidence against Pharmucom 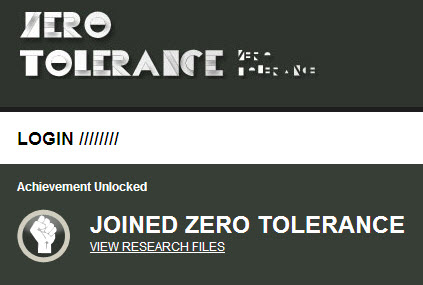 Scheduled maintenance occurs on Jess's intranet account. Extra items are added to her account, including a video about MK-ULTRA, the contents of the CD in the parcel and additional items on the calendar, which have been compiled into Media:Calender.doc

Digital version of Parcel Vault parcel emailed to those who didn't receive the physical package. This contains a more complete version of the earlier files. 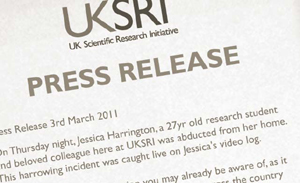